What is USB to HDMI Cable?

What is USB to HDMI Cable? 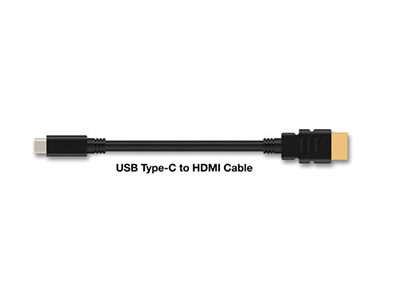 From busy classrooms to high-end city offices, or even just at an ordinary living room, people have used their smartphones, tablets, ultrabooks and other gadgets to connect to display media like computer screens or television monitors. The transmission of these visual and audio data, plus the ultimate sensory experience these have imparted to end-users were all brought upon by surprisingly simple devices – cables.

Several cables exist in the market, among which include the most common types – HDMI and USB cables. Nevertheless, recent technological advancements led to a single cable that combines both of these types. Before engaging into this latest trend however, we have to know first the basics about the two cable types aforementioned.

What is an HDMI Cable?

HDMI, or High-Definition Multimedia Interface, is a proprietary audio/video interface capable of sending high-quality information from an HDMI-compliant source to a receiving compatible device. To put it into simpler terms, an HDMI enables transmission of both high-definition (HD) videos and audios between two electric devices via a single cable. This promotes convenience as it eliminates the use of two separate, independent cables for audio and video functions (such as an audio jack and VGA, respectively).

HDMI is a digital interface, single-cable solution that has become a household name over the past years. It is the most commonly used cable in homes right now, connecting devices such as digital TV, DVD player, Blu-Ray player, Xbox, cable box, Playstation and AppleTV with the television. Audio equipment such as mixers, recording systems and speakers use this cable as well.

It is actually not surprising that the use of HDMI cables are being introduced on modern laptops and PCs. Connected with projectors, commercial screens, all the way up to a multi-screen video wall, HDMI is increasingly becoming the standard for both corporate and commercial markets – education, presentations and reports, digital signages and retail displays, amongst other significant applications.

There are several features for distinguishing an HDMI from other cable types, but none more graphic than the physical structure and shape of its connectors.

What is a USB Cable?

Defined as Universal Serial Bus, the USB cable is the standard hardware interface for simplified connections between computers and external devices. It was developed so as to have peripheral devices to get easily connected to PCs. These peripheral devices include:

Besides effective data transmission between peripheral devices and computers, USB cables can be used to facilitate power transfer from a USB-compatible electrical source to the receiving device. For instance, charging of smartphones and tablets using a power bank is done with the aid of a USB cable interface.

Unlike HDMI cables with connectors at both ends being basically the same configuration, USB cables have different types, with one end constant (Type A connector) throughout while the other end varies.

Of these USB types, USB Type-C or USB-C is the emerging standard for charging and transferring data. It is the latest connector developed by the USB Implementers’ Forum (USB-IF), a group of industry leaders within the consumer electronics community such as Apple, Intel, Dell, etc. With the world’s best manufacturers supporting this innovation, it is likely to be widely adopted and may even replace the other USB types.

If one thinks there’s an end to technological advancements in the current society, they definitely have to think twice. The consumer electronics sector is always changing and unpredictable. Upgrades are continuous and the next developments are consistently getting better than previous item versions, features and function-wise. One of these is a hybrid between a USB (specifically Type-C) cable and an HDMI cable.

On September 1, 2016, HDMI Licensing, LLC, the consortium that controls and licenses the HDMI specification, announced the release of a new product called HDMI Alternate Mode (simply called “Alt Mode”) developed by the HDMI Founders for the USB Type-C cable type. This will allow HDMI-enabled source devices to use a USB Type-C connector to directly connect to HDMI-enabled displays, and allow transmission of native HDMI signals without the cumbersome protocols and use of connector adapters or dongles to convert the signals. With the USB Type-C connector connected to the source side while the HDMI connector on the display side, the Alt Mode is more appropriately called as a USB Type-C to HDMI cable.

The Alt Mode is a revolutionary item which enables assimilation of two of the most popular and valuable solutions for connectivity: 1) the small framework of and multi-purposeness of USB Type-C and the 2) exceptional HDMI connectivity to display interfaces. To put it in a simpler, relatable perspective, this cable allows us to simply connect our gadgets including smartphones, tablets, laptops and PCs to projectors, monitors, HD and 4K televisions as well as digital signages.

HDMI Alt Mode will support the full range of HDMI 1.4b features such as:

It is important to note that the HDMI Alternate Mode currently does not support HDMI 2.0b – the latest HDMI version up-to-date. HDMI Licensing LLC currently has not made any public statements regarding this matter.

The digital age definitely has been on our horizon for quite some time now. The advancements are tremendous and the way they impact lives significantly is a testament to the wonders that continuous, effortful research and development can do. USB Type-C to HDMI cables, for instance, is a classic example. The relative convenience, coupled with the high-quality audio-visual output they can offer, make this device superb compared to its predecessors.

While there are guaranteed beneficial connectivity features, this HDMI Alternate Mode cable can only be utilized for older versions of HDMI. This suggests that functional limitations still exist for this device, and that subsequent studies and improvements be executed should it is intended to reach larger consumer markets.